Understanding the applications of 3D modelling

What can 3D models be used for?

3D model can be used in several different types of media (e.g. TV shows, movies, video games, art) or can be used for 3D printing.

3D models can be used in movies by creating visual effects that can not be replicated in real life or are too dangerous to do but only if they are CGI (Computer-Generated Imagery). An example of this is the Hulk from the marvel cinematic universe who was created and animated with CGI.

3D models can be used in video games by creating models for characters in 3D games and animating them so they have fluid movement but only if its a 3D model since 2D games use pixel sprites that are not CGI. An example of this would be Mario in any of the 3D Mario games.

3D models can be used in art by creating environments and for characters in the art pieces.

Some of the program interfaces that can do this well are know as API (Application Programming Interface), Direct3D and OpenGL are some of theses, the process of changing so it works better is by: imputing the assemble, the vertex shader, the geometry shader, the stream output, the rasterizer, the pixel shader and the output merger. Some of the things that are used in programs are: modelling, lighting, viewing, projection, clipping, scan conversion, texturing and shading. The things that are used to display the animations are: radiosity and ray tracing. Rendering engines is a programming engine that renders marked (e.g. HTML, XML, images files) and formatting information (e.g. CSS, XSL). Distributed rendering techniques is when you divide the frames into different rendering regions and divide it across different render servers.

Here's an example of a 3D mesh made up of 2D polygons. The 3D model is a monster from Amnesia: The Dark Descent.


Box Modelling is a technique that is used when making 3D models is made by modifying simple shapes to make a draft of the final model or at least in most cases The main function of box modelling involves extruding and scaling the faces, which are flat sides that are used to make up models. Spline modelling is generally a special function. A common modelling method is extrusion modelling, extrusion modelling is when you create a 2D shape which is traced around the outline of a photograph or drawing.

3D development software are systems in which you can make 3D object easily, some examples are: 3D Studio Max, Maya, Lightwave, AutoCAD, Cinema 4D and Softimage. The file formats that 3D models are saved in are usually .3DS, .OBJ, .B3D.

The constraints of using 3D models is that: there is a rendering time which is the time used to render the polygons, the file size is very big when you are making a 3D model so you need an external hard drive for them to fit on and the polygon count is the amount of faces on an object however a higher polygon count isn't always better.

Popular posts from this blog 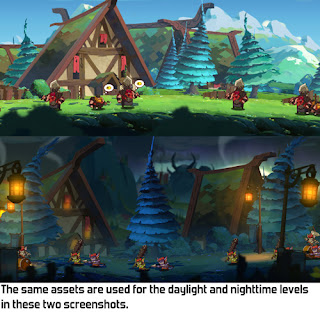 Unit 71: Object-Oriented Design for Computer Games Concept and principles: Simplified understanding is when blueprints of code in a game is simplified by saying what it actually does so that when other people see it they know what it does and what they have to do with it. Re-usability is when assets are are copied whether it be codes or entire models, it is used for increasing the efficiency. Maintenance is when a game developer fixes problems with the game and improves the game, whether it be to remove glitches or improve the gameplay and physics of the games. Efficiency are things that are done to make game production faster and makes the game better. Real-world modelling is when a game implements real life physics in to a game, this does not mean that the game has to be realistic. Collaboration and sharing is people who work in a development company share the code that they have used so that it is easier to finish the game. Communication is when people who work on develo
Read more 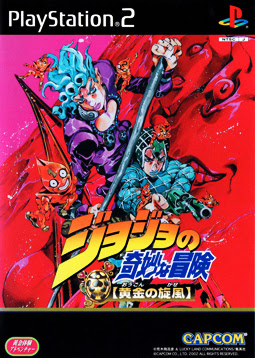 Unit 6 - Assignment 2 - Task 2 P4 Analysis of a computer game GioGio's Bizarre Adventure is an adaptation of the fifth part of the now 30-year-old manga series, Jojo's Bizarre Adventure, this game was released on July 22nd, 2002. Analysis of the game GioGio's Bizarre Adventure (Jojo's Bizarre Adventure part 5 Vento Aureo/Golden Wind) has tried to adapt the art style of the manga and it works really well, with most people consider the game's visuals gorgeous and a good representation of the manga's art style, though people have noted that the environments look blurry up close. The game has a nice Italian styled soundtrack with good voice acting and good sound effects. The game follows the plot of the manga so it has stages where you only fight a boss fight with different characters these, boss fights also have secret factors which are little events that you can do to get a bigger health bar, these secret factors are based on things that hav
Read more 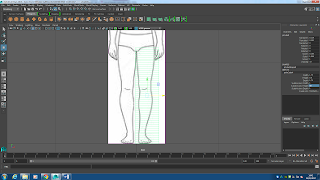 Unit 66/67 Creating a 3D modelling For this assessment I had to make a 3D model of the enemies that will be in our game. The methods that I used to create my 3D model was use two different images of a male figure from the front and the left side and used image planes and placed at far different ends of the grid then I placed cubes using the cube tool and I add subdivisions for the cubes so that I could have an easier time fitting the model to the picture that was used, to alter the cube by extending the model by pulling the Vertexes by using the move tool I also used wire-frame mode so I can see through the model so it is easier to make the model to point of the picture. I started by making the leg and after I finished it I used duplicate special to flip the leg so I had two of them I also did this for the arms. The reason I did it is because it would have wasted time if I made the exact same model again instead of just duplicating it. After I finished the model I used the
Read more